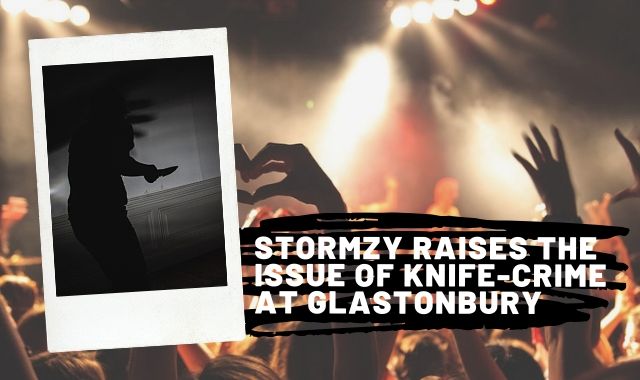 Stormzy Raises the Issue of Knife-Crime at Glastonbury

Hardly a day seems to go by when we don’t hear of another stabbing fatality. Not just endemic in the capital, knife crime is on the increase with just under 40,000 assaults with a bladed weapon reported in England and Wales in 2018. Surprisingly, this isn’t a huge surge on the previous year but we are talking more about knife crime and Stormzy’s set at Glastonbury raised the profile of the issue once again.

Banksy has since revealed that he designed the stab vest worn by Stormzy in his headline set at Glastonbury, the first time a black artist has done so in the festival’s 49 year history. Whilst opinion was initially divided, it seems that the message Stormzy (and Banksy) were trying to get across has struck a chord with people.

Making a powerful statement about the rise of knife-crime crisis in Britain along with racial inequalities in the criminal justice system, Stormzy used his stage to get the message across.

Along with clips of a speech by Labour MP David Lammy, the music of Stormzy addresses many of the issues faced by young black men in the city, including London, Birmingham and Manchester.

Are we talking about knife crime more?

Some analysts suggest that the epidemic of knife crime in the UK is not as high as we think it is just that we are talking about it more. But no one can deny that the cases of fatal stabbings and serious injuries amongst the black youth in London (and in some other cities) are spiralling out of control.

Knives are commonly used in robberies and assaults but there is one significant increase in the statistics relating to knife crime – homicides by a bladed article. And when it comes to knife offences, the incidents in London outstrip those of all other UK cities.

What to do if you are attacked with a knife

The likelihood of your being attacked with a knife is low although there is evidence to suggest that young people and others are carrying bladed weapons as a matter of choice. Knives are commonly used with threats of violence too.

1. Stay mobile and keep as much distance between you and the knife as you can. Try not to be backed into a corner or a spot where you cannot easily escape from.
2. If possible, place a barrier between you and the knife. A bag can be useful for placing in front of your torso, protecting your vital organs.
3. Guard your centreline is something that martial artists teach – that is, protect your torso as much as possible and try to keep the knife away from your neck.

If you are wounded in a knife attack it goes without saying you should seek medical help as soon as possible. Stem the bleeding as much as possible and try to stay as alert as possible.

What will stem the rising tide of knife crime?

It is a many-pronged approach that the police are using, along with youth services and other agencies. But understanding what drives discontent among the population of people who use knives is key to stemming the tide.